THE POTHOLE GARDENS OF STEVEN WHEEN 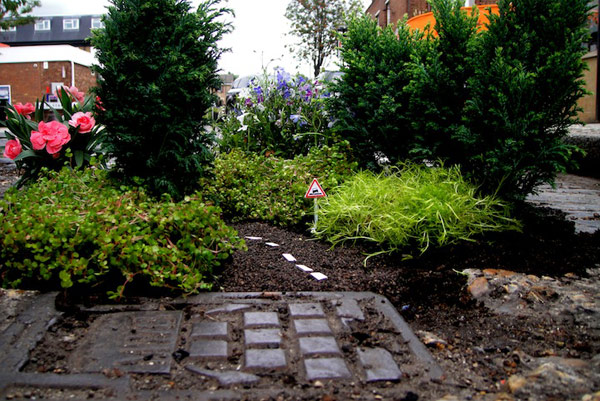 Being a big fan of guerilla art, miniatures and gardens, I came across Steven Wheen's works recently. He describes himself as a 'pothole gardener'. He finds potholes and cracks in the streets and sidewalks of London, then plants miniature gardens in them. In his words...

"I came up with the project as part of my university course, and it has grown from there (no pun intended!). Part art project, part labour of love, part experiment, part mission to highlight how shit our roads are – the pictures and gardens are supposed to put smiles on peoples faces and alert them to potholes! I don’t leave any of the props out after we shoot them, I have only ever created low gardens on very quiet streets, mostly dead end lanes and on footpaths in my areas."

He admits that the gardens are an offshoot of the guerilla garden movement which is sweeping the urban and city environments. People get empowered by planting gardens in blighted communities and untended properties. Sometimes these are done with 'seed bombs' balloons filled with seeds and soil and tossed over fences into lots. Others take untended areas, bring in dirt and mulch and plant gardens in the dead of night.

Steven's gardens, though, are of the miniature kind. They are quickly planted into cracks and holes in pavement and themed with doll house scale additions like small lawn chairs, miniature garden tools, even a tennis court in one. While preventing angle twisting trips or car axle breaking bumps they also cause people to pause, look and admire them as well.


The idea is simple but the effect on the everyday mundane traveler and pedestrian on the paved over city environment is dramatic. It is a place where nature will eventually win... underfoot in the cracks and holes of our streets and sidewalks. 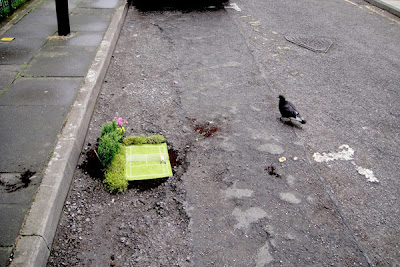 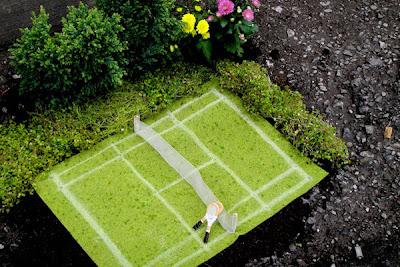 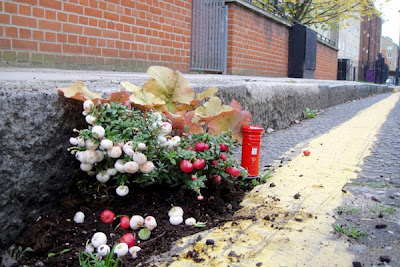 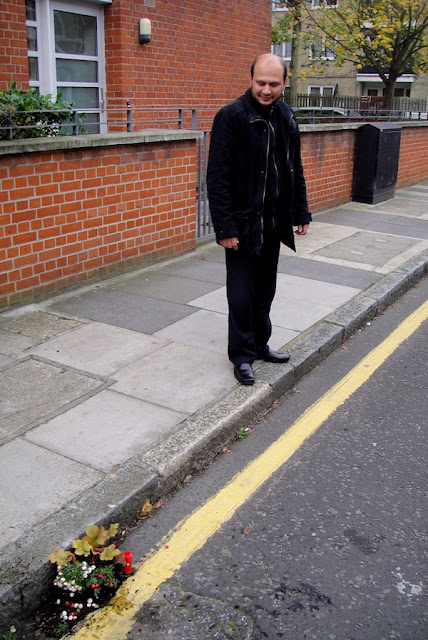 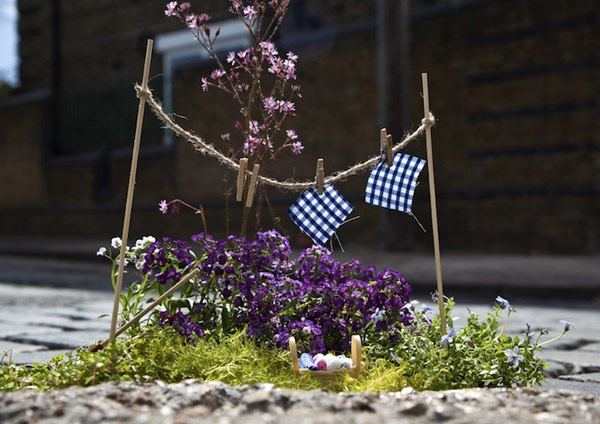 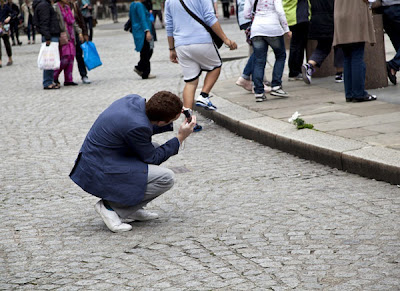 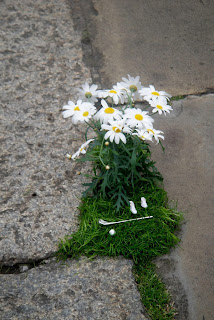 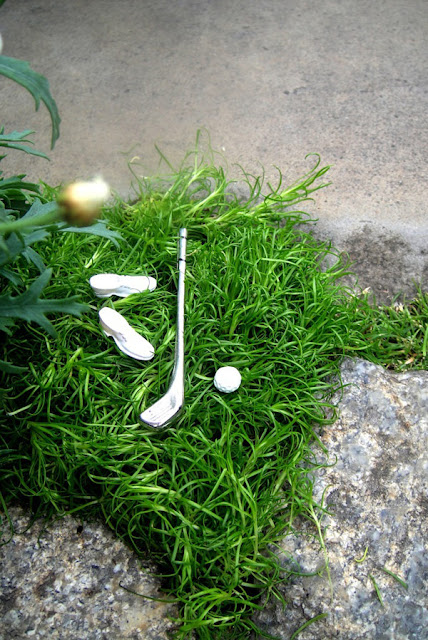 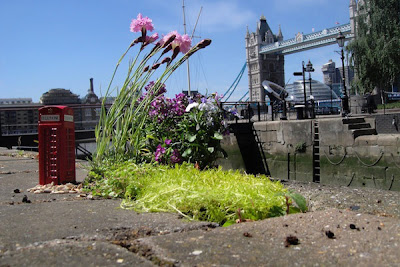 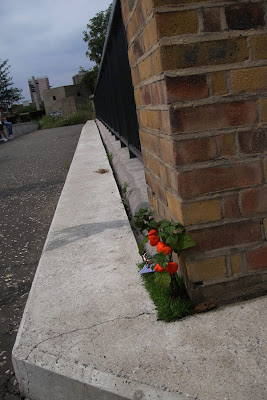 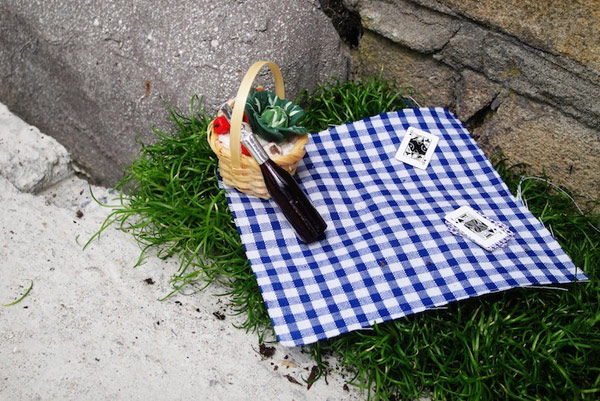 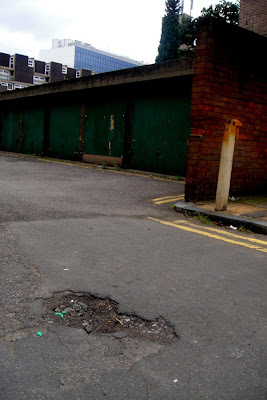 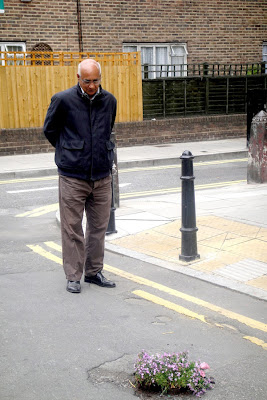 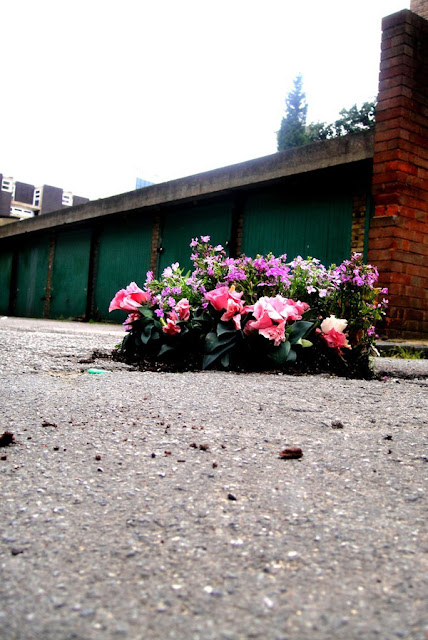 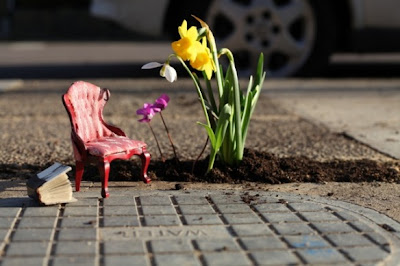 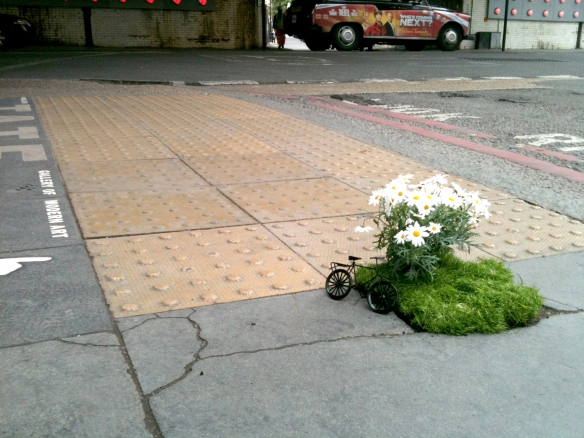 For more information about Pothole Gardens visit Steven Wheen's web/blog at ThePotholeGardener.com
And a video bit about about Guerilla Gardening - Richard Reynolds