TINTYPE PHOTO - Through the Lens in 1860 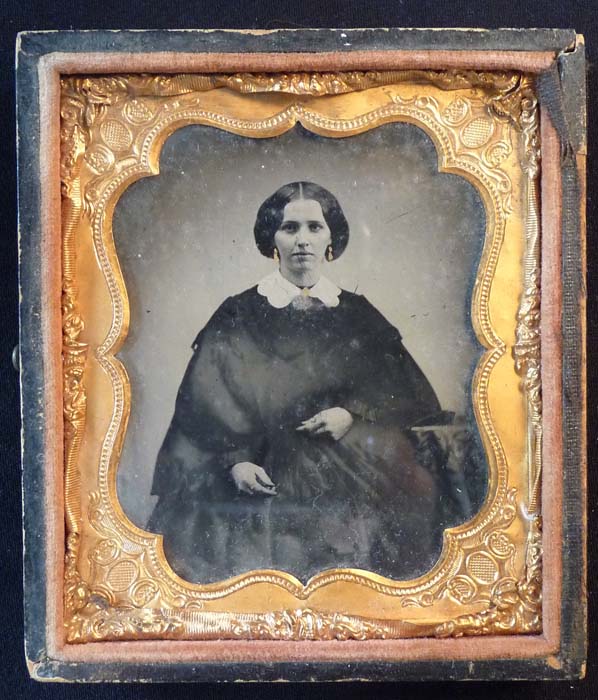 There is something that happens when you gaze at a photo of a person’s face. The presence and personality make a mark of recognition, even with strangers and people unfamiliar with our own lives. This connection spans generations. Going back in time we can see how the faces are etched with the concerns of the day, how the innocence shines in the face of a child, the look of hope mixed with fear on a twenty year old bride and the wisdom of the aged reflected through wrinkled eyes. A photo brings us to our common humanity.

The tintype photo process was the cheap and accessible form of photography in the mid 19th century America. Tintype photography, also known as melainotype and ferrotype was first described by Adolphe-Alexandre Martin in France in 1853 and patented in the United States in 1856 by Hamilton Smith, a professor at Kenyon College in Ohio. Previous techniques pioneered in France for commercial use were copper plate Daguerreotypes in 1839 and glass plate Ambrotypes in 1854. These techniques evolved to using tin plates, a cheaper and more durable technology at the time. The tintype was actually on iron that had been coated with black enamel. The plate was coated with wet collodian and a light sensitive silver nitrate for exposure inside the camera.


The process was simple, fairly inexpensive compared to other previous photo processes and made accessible to eager photographic subjects willing to give a few silver coins in exchange for a portrait. Tintype photographs were, mostly, an American phenomenon. In the years of the Civil War tintype photographers set up at carnivals, on river boats, Northern and Southern war encampments and most places where they could find eager customers. People posed in the photographer’s tent studios, with painted backdrops mimicking the formal painter’s aesthetic for portraiture. The subjects would bring their own props and dress according to their “Sunday best”. The exposures were long by today’s standards and forced the sitters into uncomfortable positions. The photo subjects have expressions of seriousness or even a dower look. Most people had never before posed for a photograph by a professional photographer using a mystical system of glass lenses and an alchemical array of ingredients. It was a serious matter. It was like being confronted by a three legged mythological Cyclops. Very few tintype photos from the twenty year period that this process reigned show spontaneous snapshots from actual non-posed life. 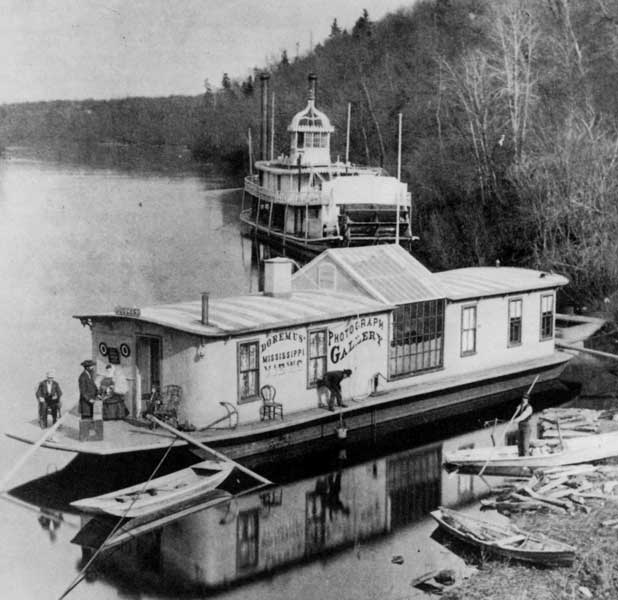 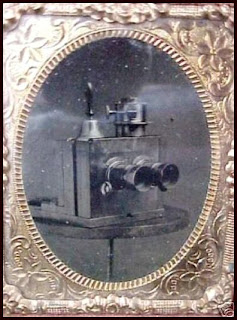 Some cameras used multiple lenses to expose two or more images at once on the tin plates. These were then cut roughly with tin snips and placed into either a paper frame or, for an extra price, into elegant small hinged leather and gilded copper frames. Since these photos were generally small in size, they could fit into a locket or could be sent easily by mail inside an envelope. For the first time, having a portrait made was no longer the privilege of the wealthy class only. Anyone could have their photo taken.

These images were drawn from Melanie Walker’s collection of tintype photography and gathered since the mid nineteen seventies. They were found in antique shops from coast to coast and across the country. Some were found recently on EBay. What may stand out is that these photos are of ‘rescued’ ancestors. They are photos abandoned by their families for whatever reasons and left for the larger world to gaze upon. Whether the eye to eye connection is made while thumbing through a family album in a second hand shop or on the wall of a museum photographic exhibit, the recognition is still evident. Here is a picture of a life that was lived gazing out at a world not so different. Today’s photo technology is only slightly faster and more easily disseminated by emailing digital photos of the new baby or sharing a friend’s face on a social networking site. Where will our photos be in 150 years time? Will our portraits look out at a very different world that would then reflect on our simple and primitive means of showing our faces? 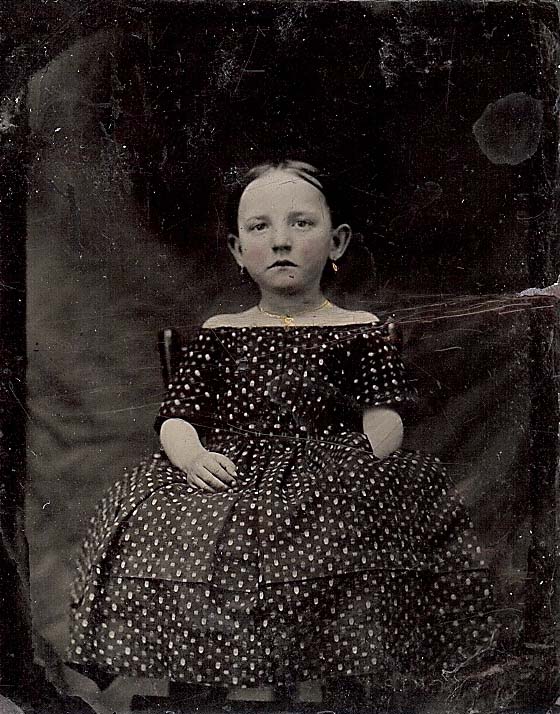 The following tintype photos are samples from the show. There are approximately one hundred and twenty images in the exhibition. Most are very small at between 3" to 1" square. 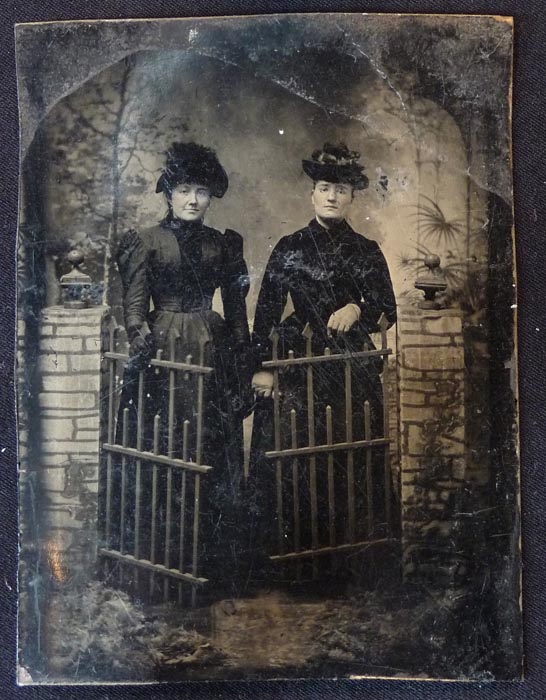 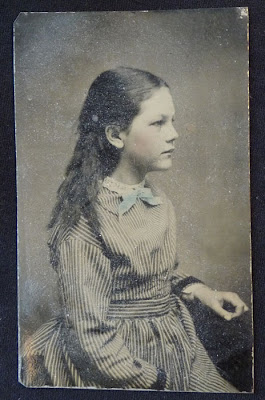 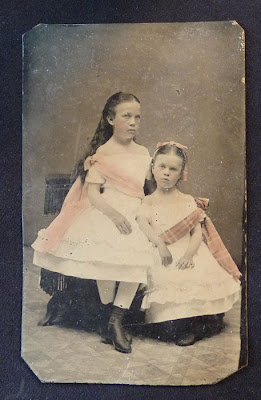 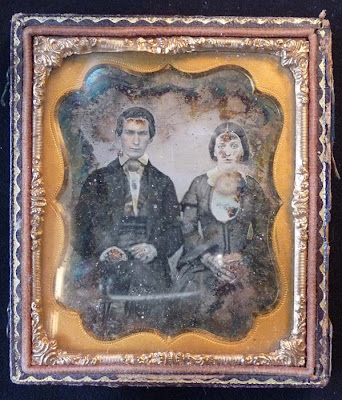 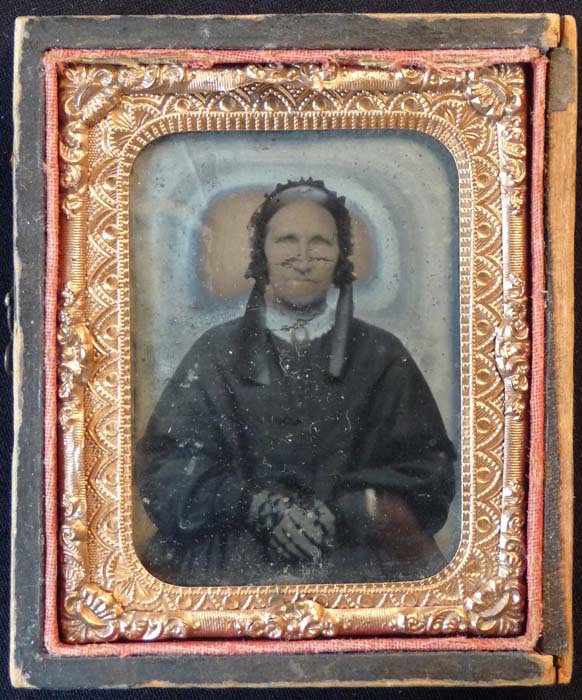 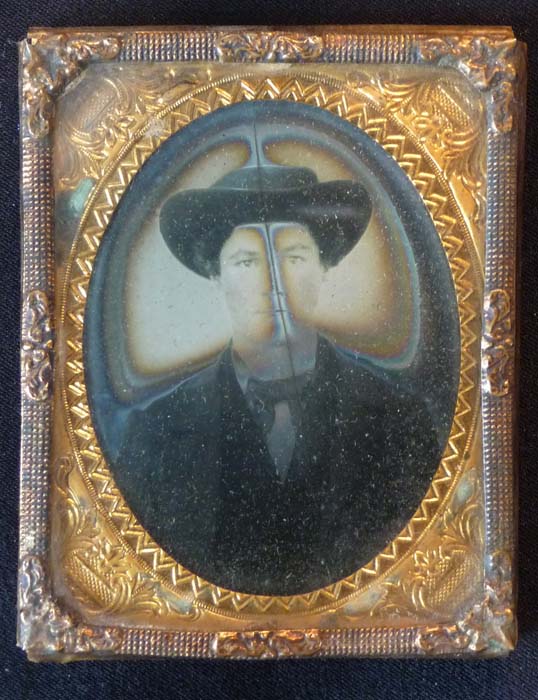 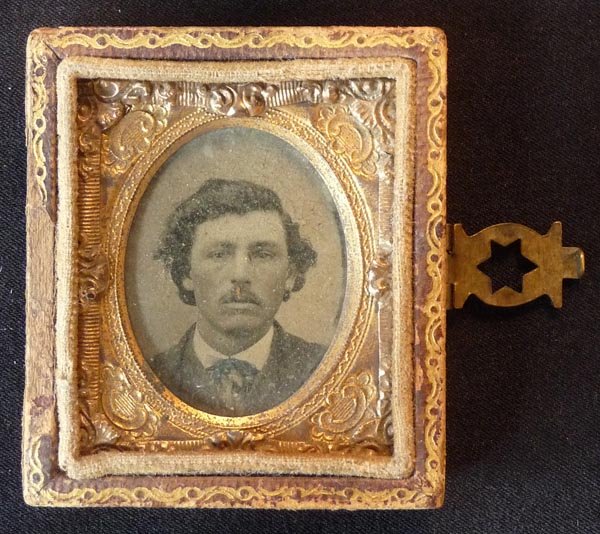 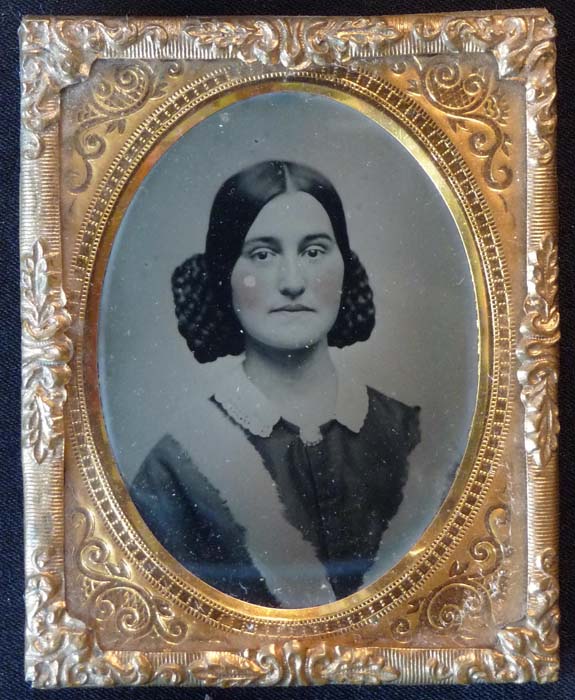 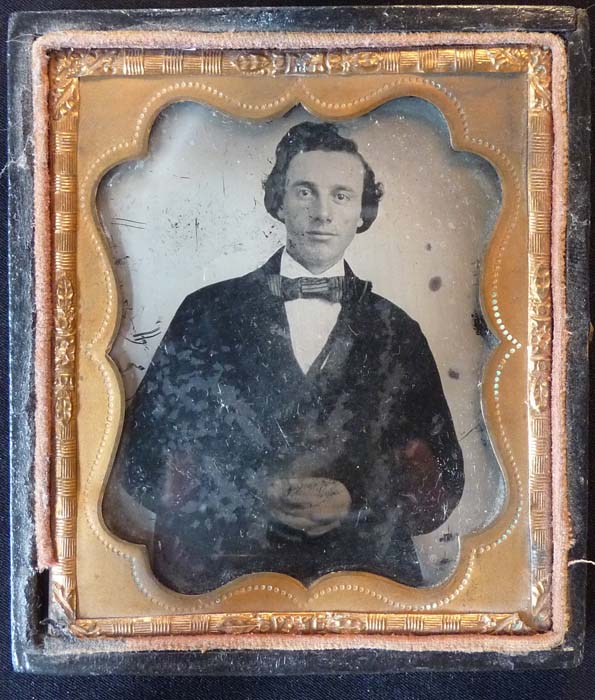 For more images from the show and other researched tintype photos go to the Gallery O Flickr slide show
The show opens April 17th and continues through May.
Posted by George Peters at 4/12/2009 04:07:00 PM No comments: