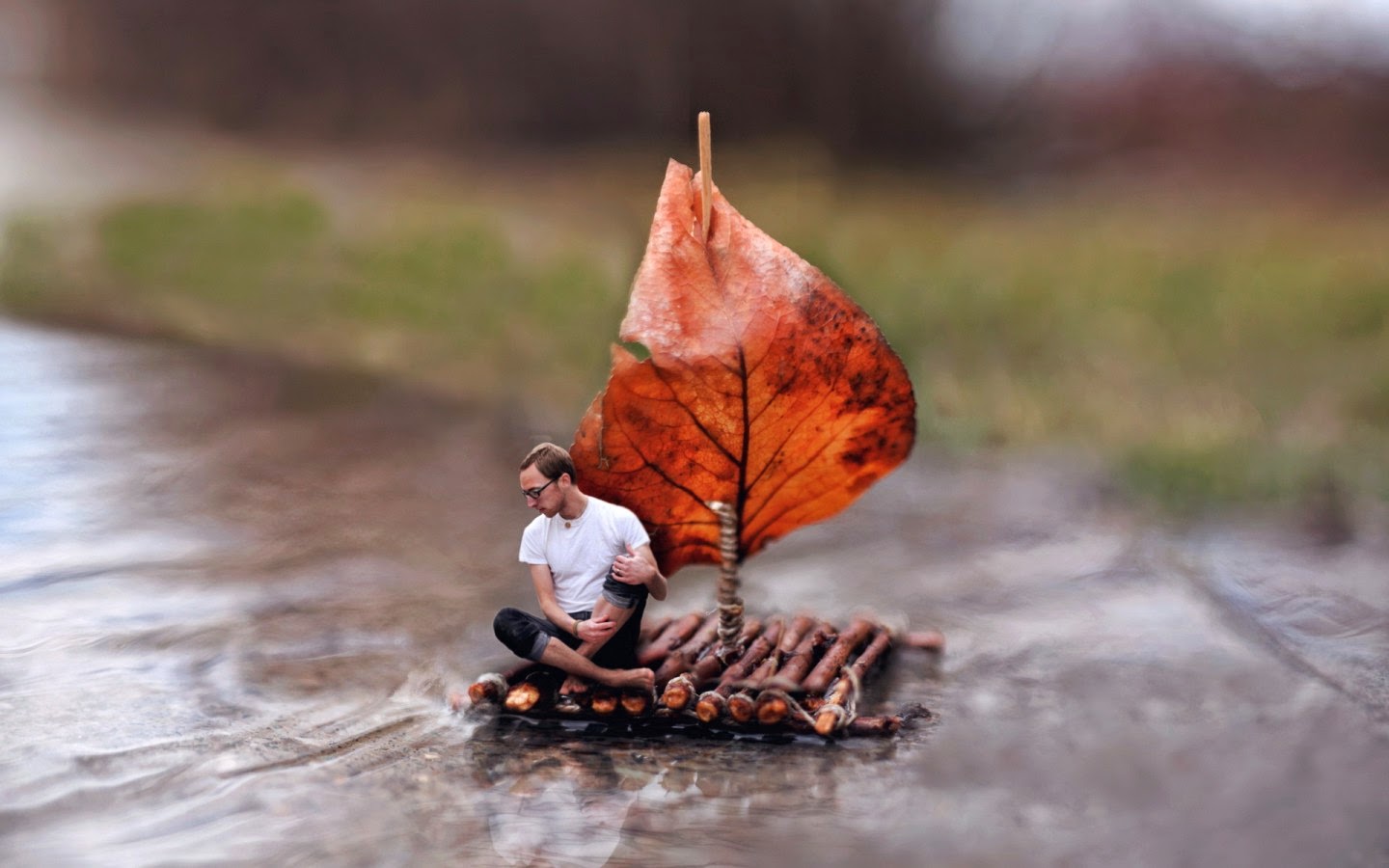 Ah... the love of boats. For me it started with a bathtub variety. My dad made it for me. Just a plank of wood with a point at one end and a notch cut at the back end. A small four blade paddle and a rubber band was the 'engine'. A simple little boat but it started a sea adventure powered by my imagination. I made toy and model boats throughout my young life that eventually turned into a full sail powered passion for boats. After the bathtub boats came model boats made from scrap wood, paper sails and broom straw railings. 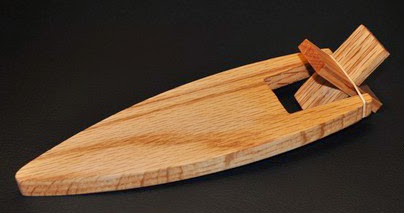 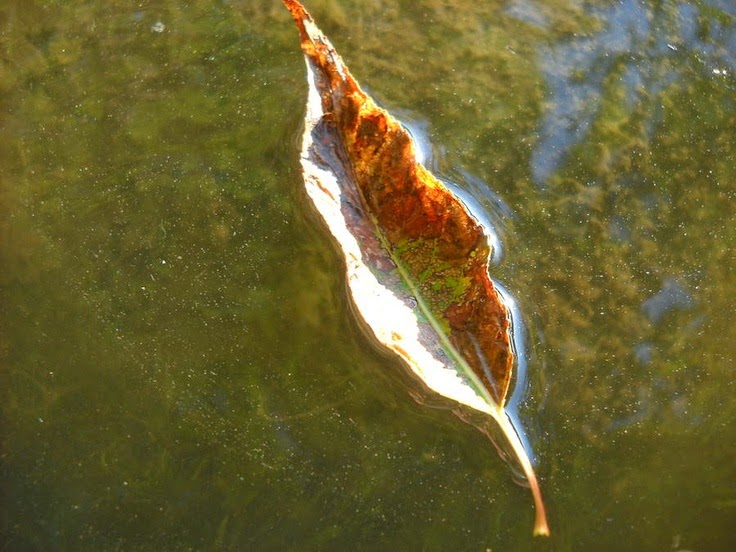 Small boats have been around a long time, probably since the beginning of our nautical history. I imagine the first boat came from watching a leaf float magically on water. Scaled up with the use of a woven twig frame and stretched animal skins took us across that impossibly deep river crossing. There were also logs and eventually dug out log boats. It's easy to see a child's fascination with these and being taught how to carve miniatures to play with in the streams and waterways. 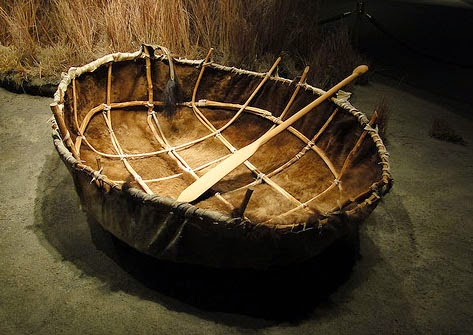 Boats and rivers took on mystical significance in all the prehistory civilizations. In ancient Egypt, large boats on the Nile river ways carried harvested grains, giant stone obelisks, construction stones, pharaohs and their attendant oarsmen, and were used for ferrying across the wide river. The river became a sacred force. The path of the sun was depicted as a disk on a boat, or 'bark' that sailed over the sky from east to west. Small funerary boats were placed in tombs so that the soul could accompany the sun on it's journey after death. 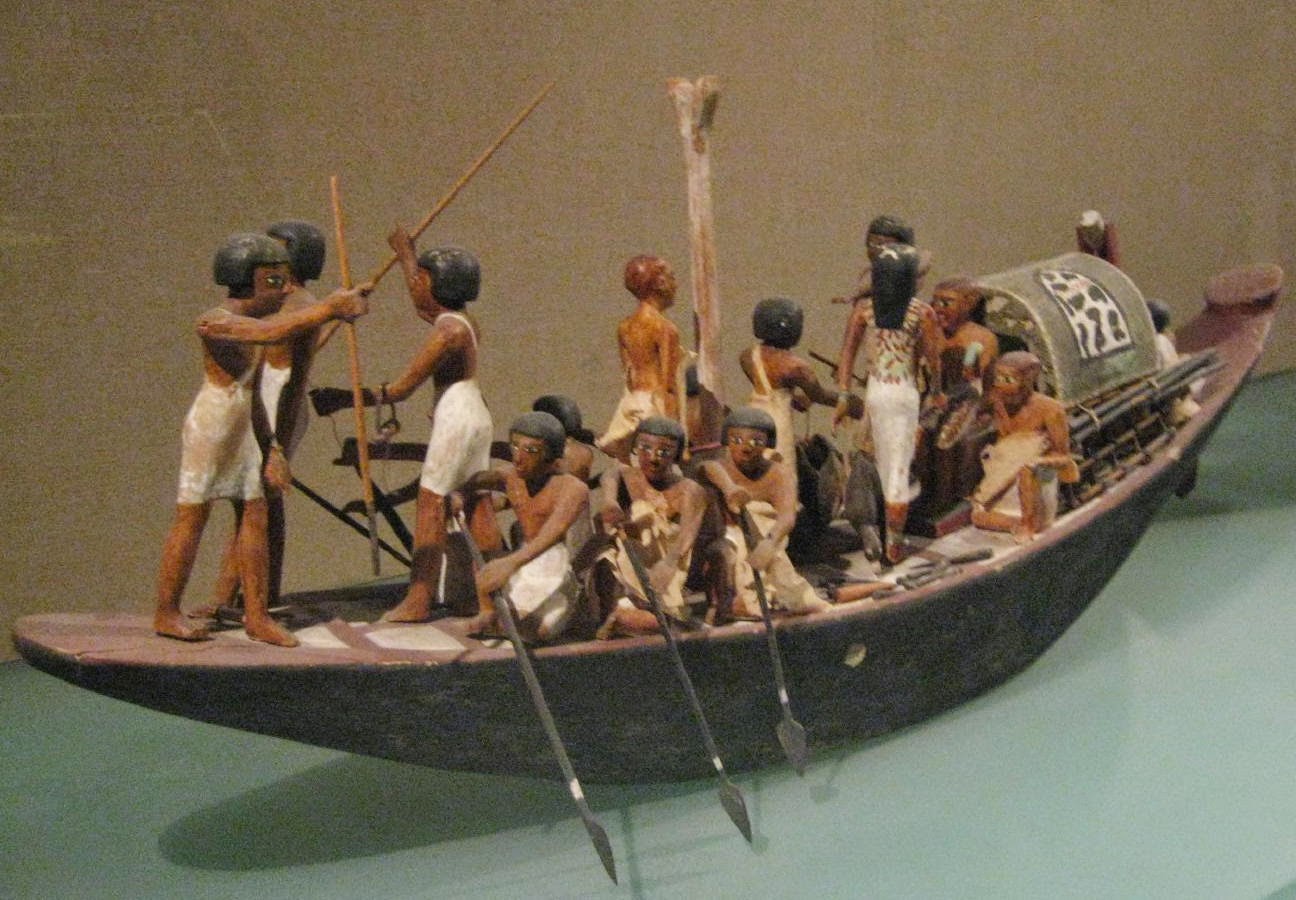 These were boats of the imagination. Vessels that carried our dreams. To me there is no distinction between the force of the cultural and spiritual imagination of civilizations and the playful power of toy boats in the hands of a child. 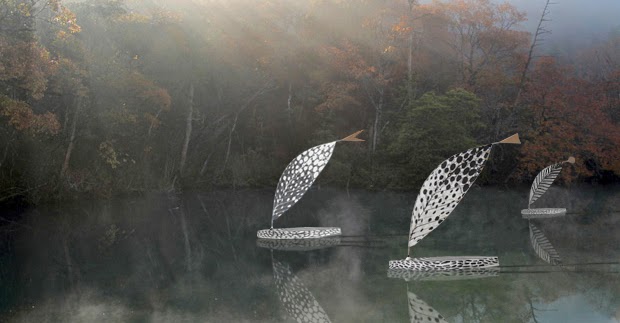 The idea of a toy boat as a vessel of imaginative play has grabbed many artists and inventors spirits. Doing a little research into that idea powered a "Floatables and Flyables" workshop recently constructing toy sailboats and kites with artists and print makers. They took to the concept like ducks to water. It was a playful and colorful storm of activity culminating with launching the vessels into a breezy pond. The sailboats drifted, tilting their paper sails dangerously close to the water. They were helped by long poles off of rocks and away from the spillway. The makers looked on helplessly as they bumped into each other and made their zig zag coarses across the miniature sea. 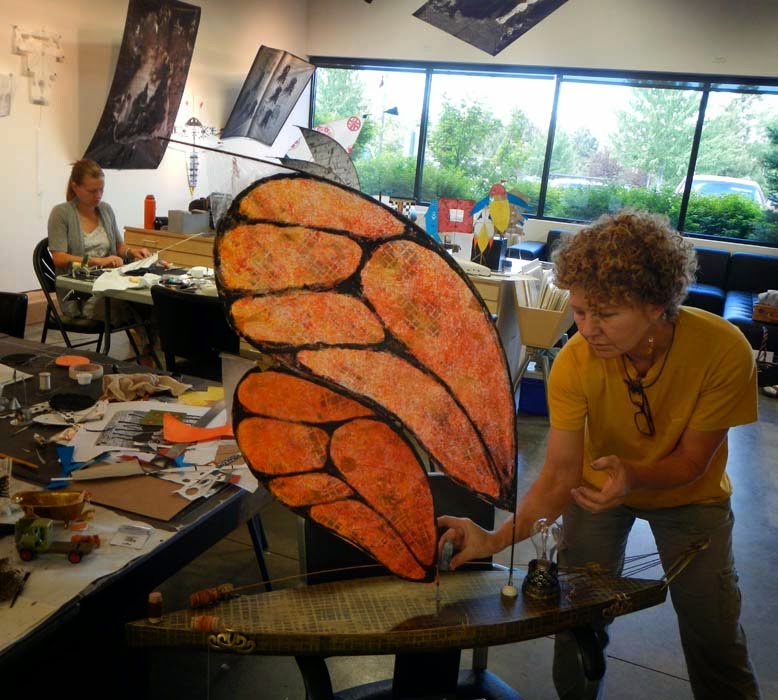 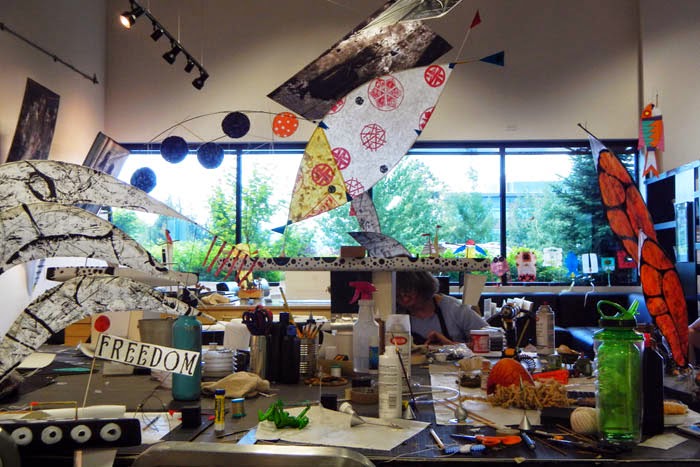 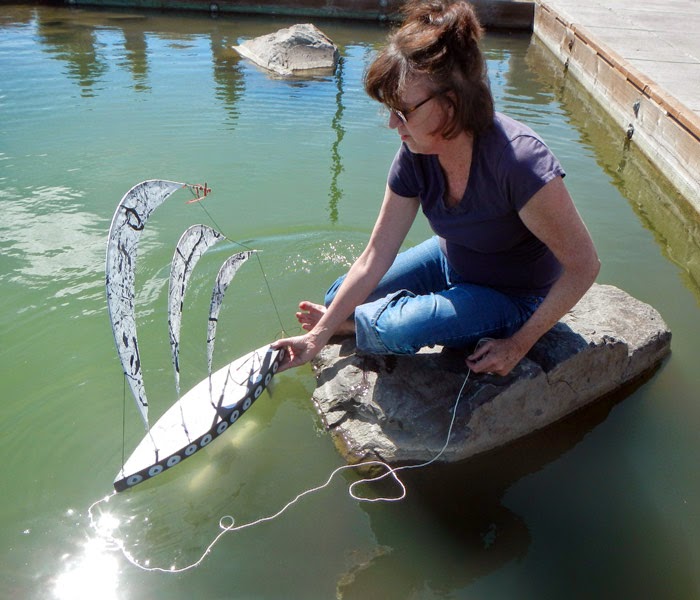 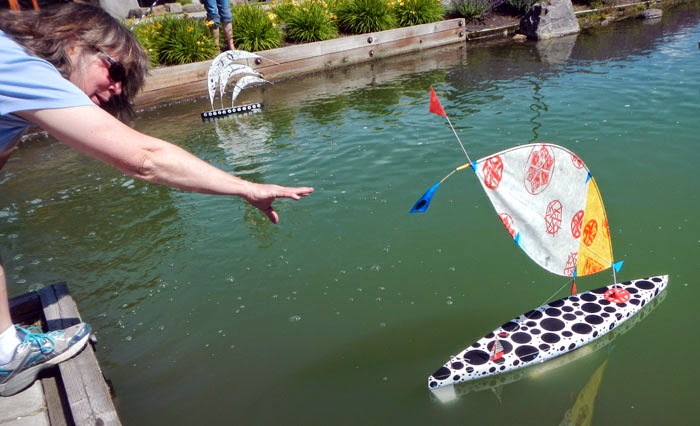 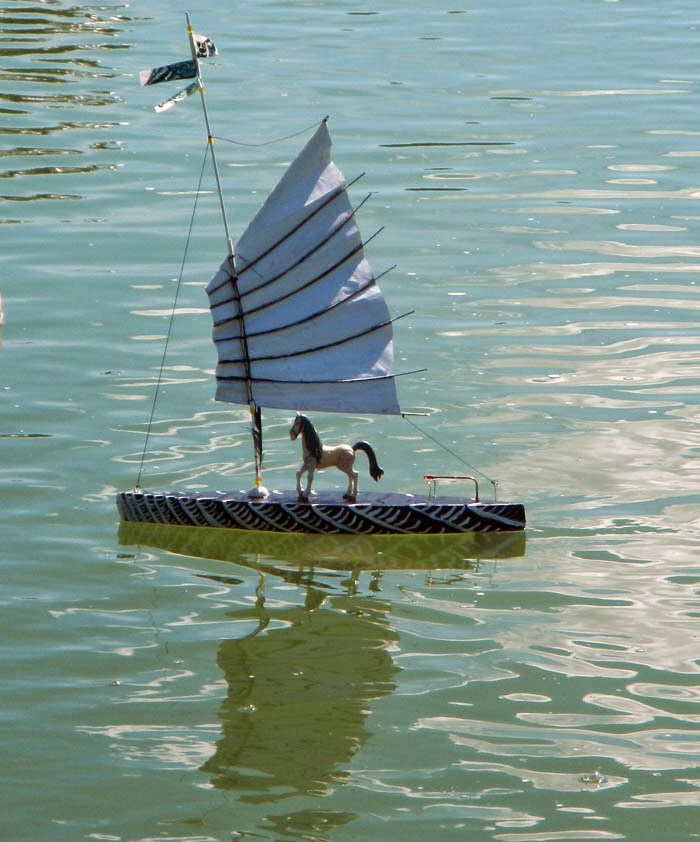 ARMADA - JACOB HASHIMOTO
Toy boats in the rough seas of the art world have made a few voyages of note. Artist, Jacob Hashimoto created "Armada"...a flotilla of toy sailboats as a kinetic installation at the Studio La Citta Gallery in Verona, Italy in 2011. The boats floated on imaginary waves with the help of ceiling positioned rotating cog shafts and strings to the boat's masts. 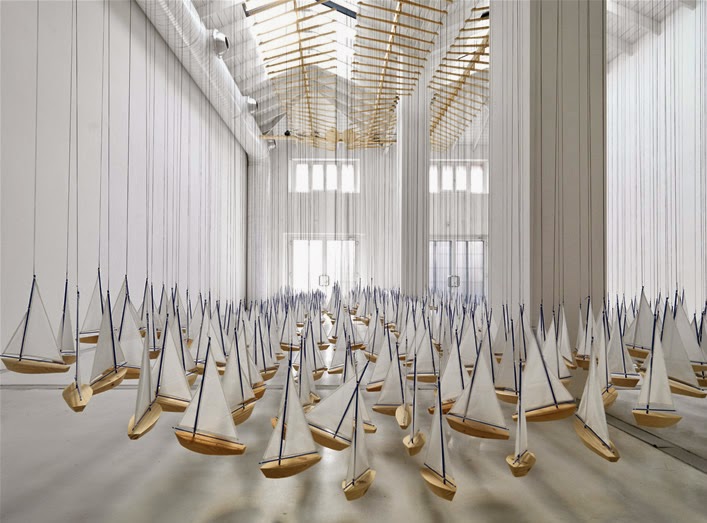 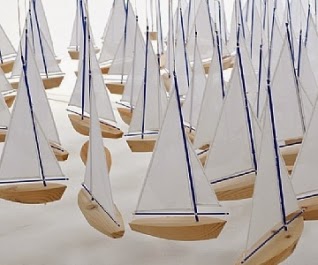 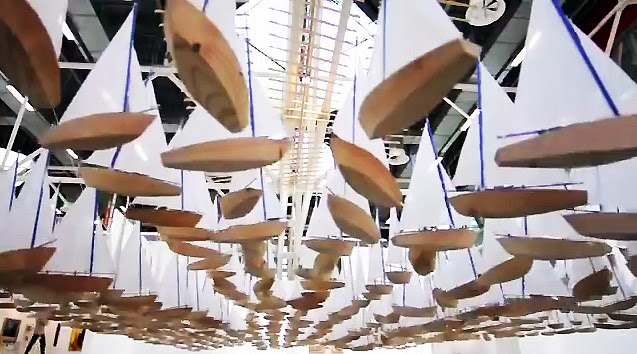 THE FLYING BOATS
OF LUIGI PRINA
Luigi Prina makes boats... flying boats. He is an Italian architect but also nurtured a passion for toy boat building from a very early age. He was an avid model ship builder for fifty years until one day an artist friend challenged him with a casual statement if you could make one fly, he took up the challenge and to the amazement of his challenger succeeded with a circling light weight boat propelled by a rubber band powered propeller and a wing sail. Fifty years of creating hundreds of these flying boats has made a fantastic flotilla gallery of airships that fly over his head in his home office and studio. 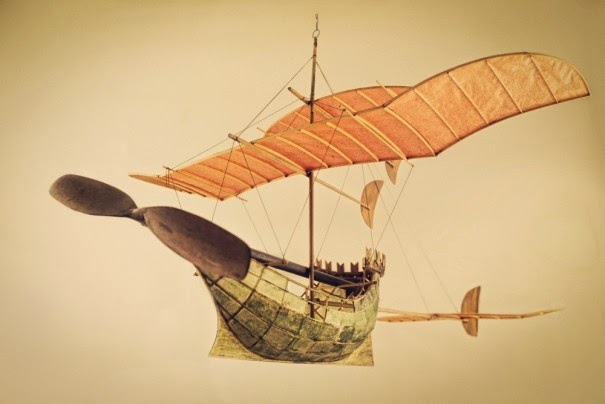 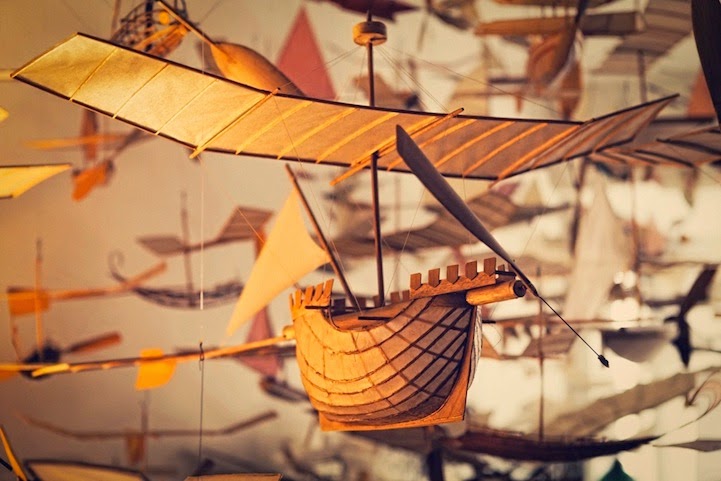 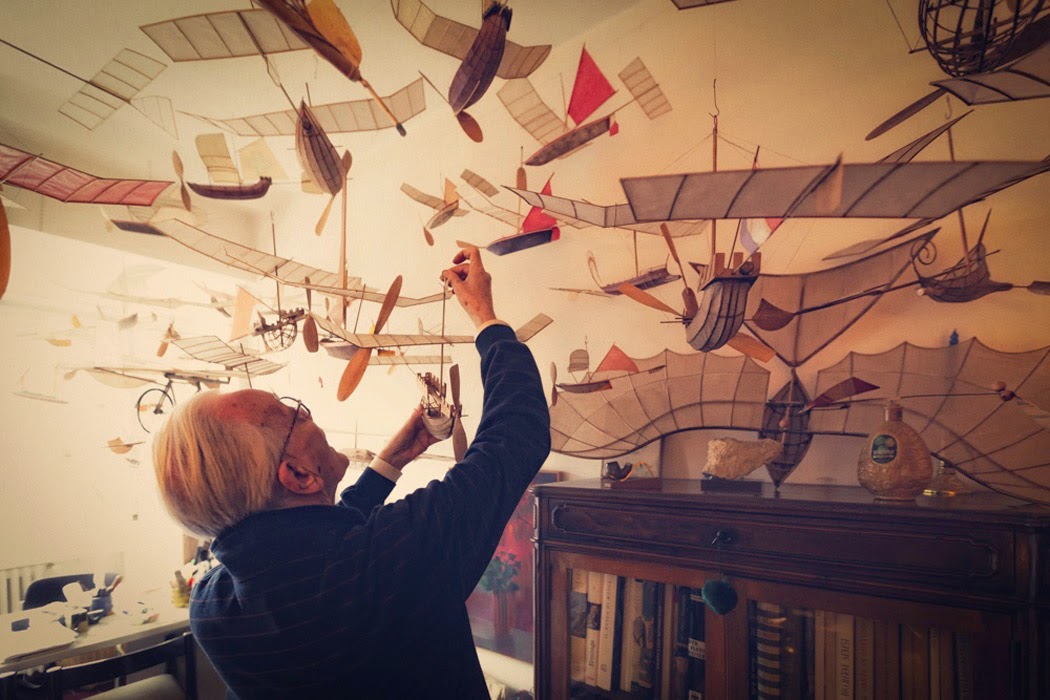 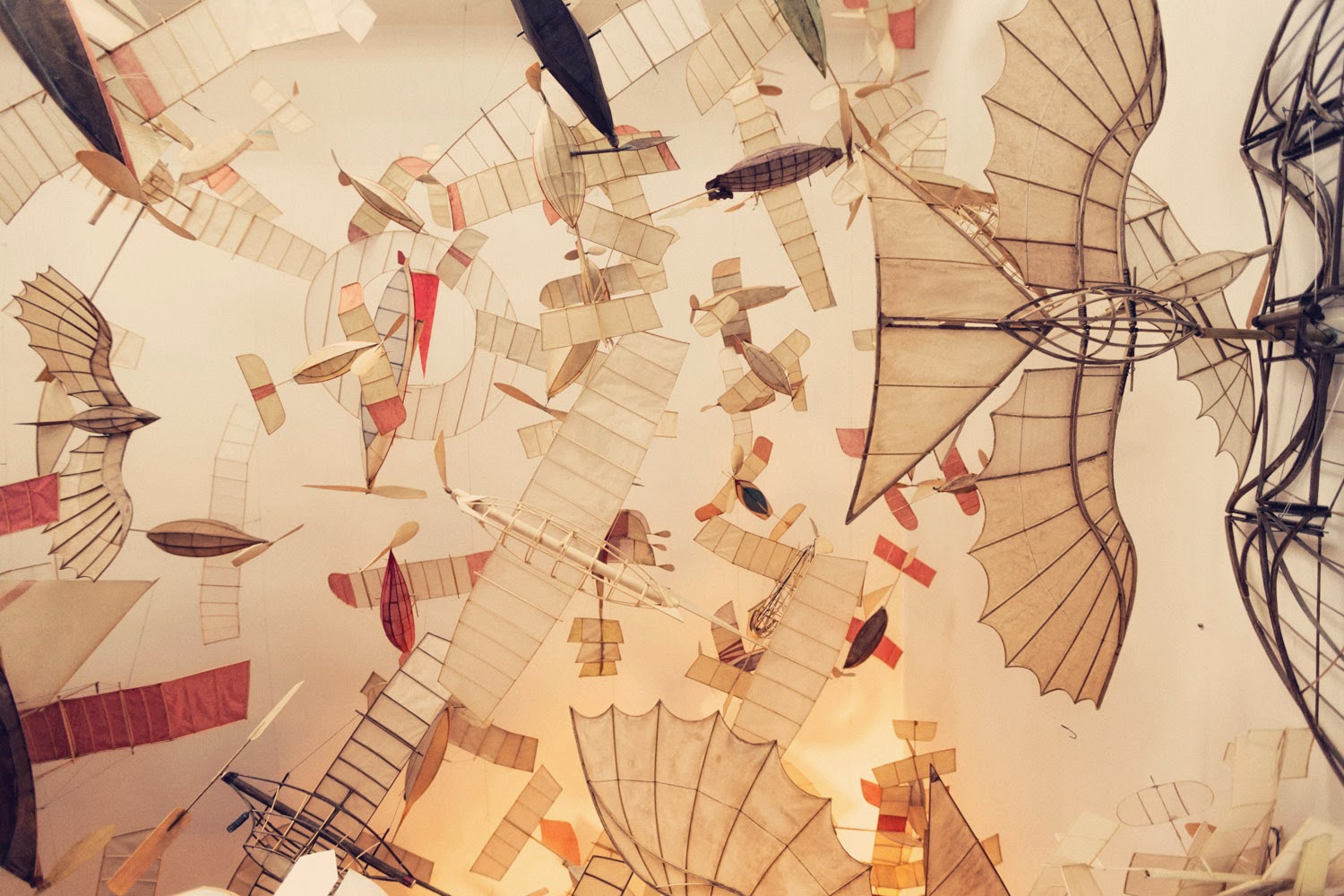 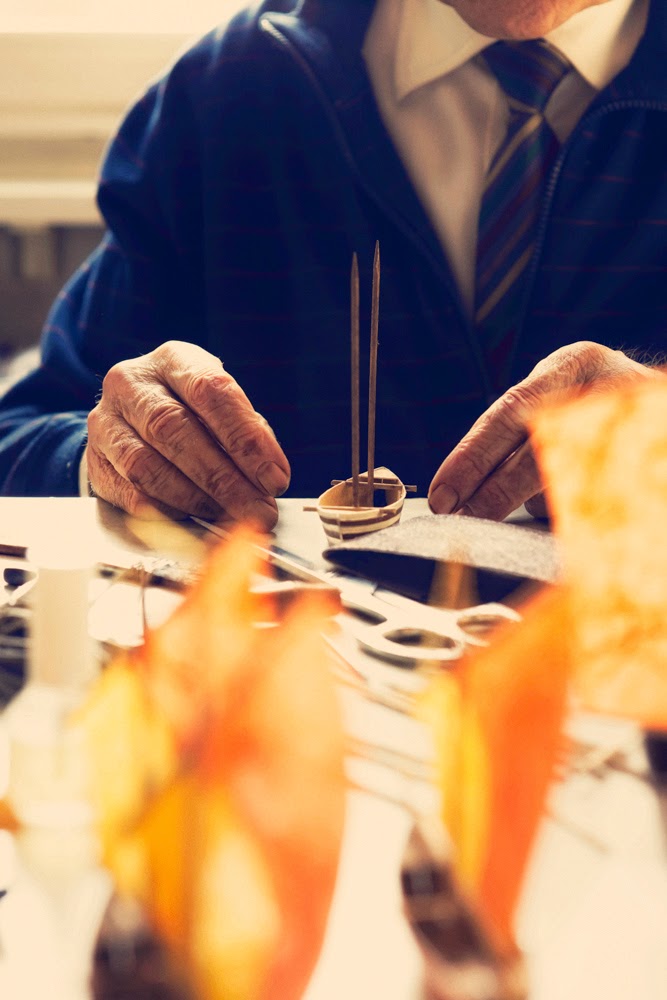 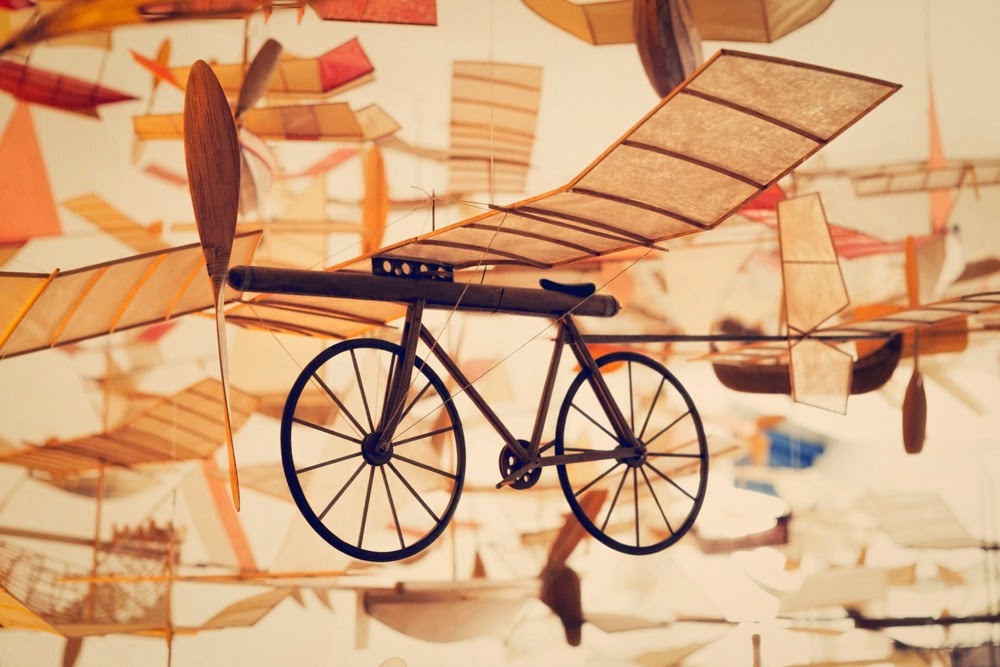 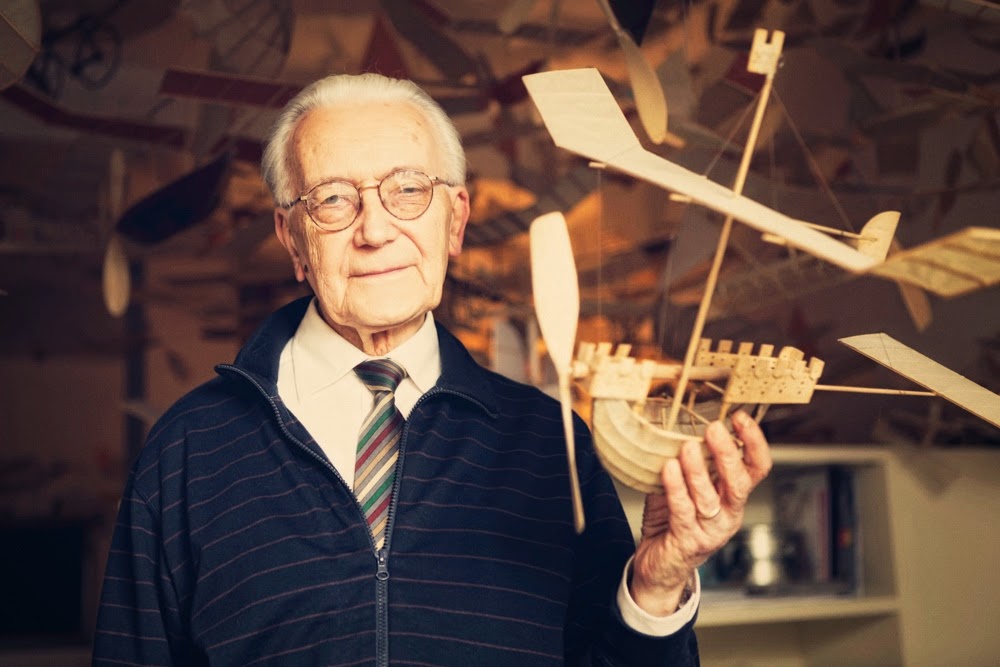 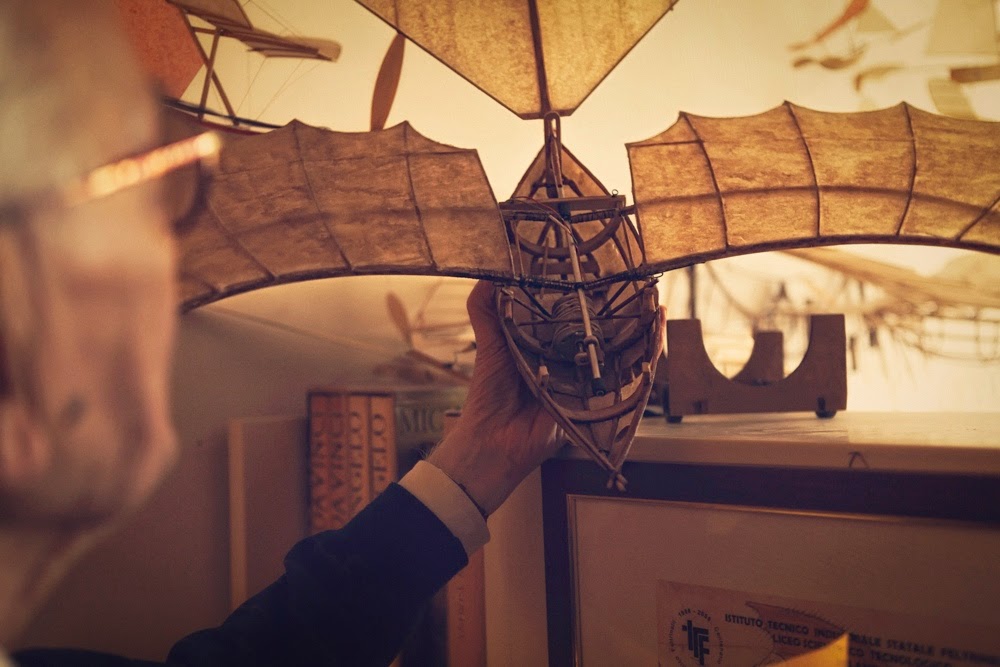 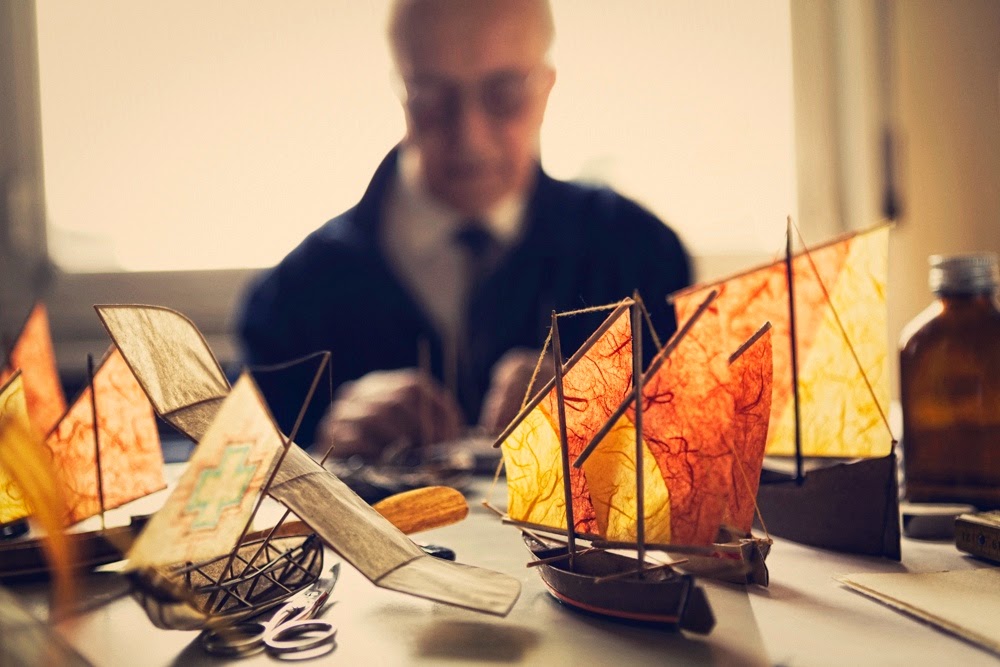 The paper boat is a traditional origami folded boat that perhaps even you have made at one time in your life. Scottish artist, George Wyllie took it to an extreme making a full size 78' paper boat and floating it in the Glasgow harbor for a remembrance of the Scottish shipbuilding industry event. It eventually sailed onto London, Europe and in the New York harbor. 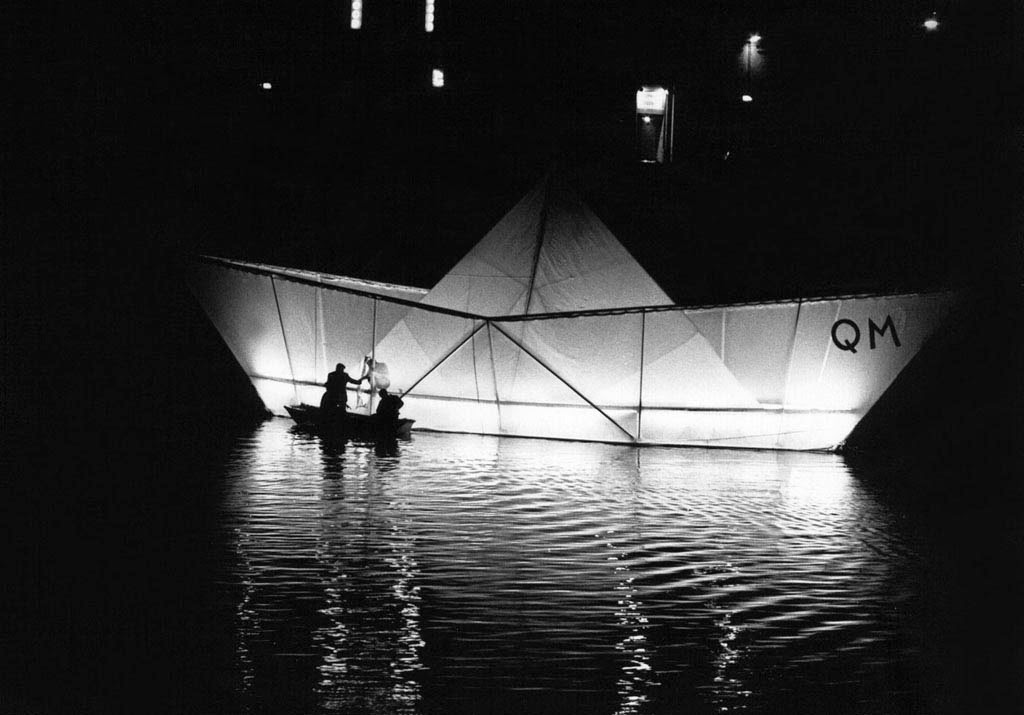 "It should be obvious that an adventurous voyage is most unlikely in the shallow waters of a bathtub, but the illusion of that possibility persists and is exemplified by art that never sails beyond the gallery"
George Wyllie... on art galleries

German conceptual artist, Frank Bolter, also staged a paper boat project for an installation sculpture and performance event called Drift 10 on the Thames in London. He took a very large piece of packing material, laying it out on the pavement by the water, asked passers by to help him fold the boat and then launch it into the water... with him, dressed in a suit aboard. The paper performance ends, of course with the boat sinking. The artist explains that the work is to point out the current problems facing a throw away society. 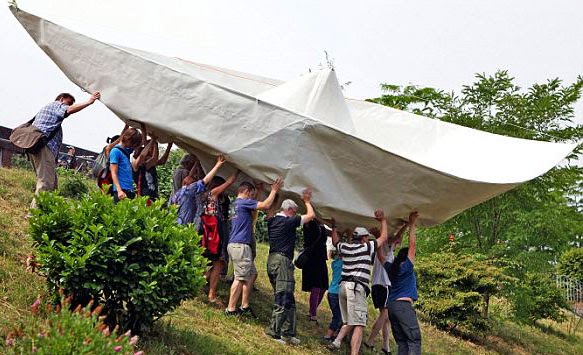 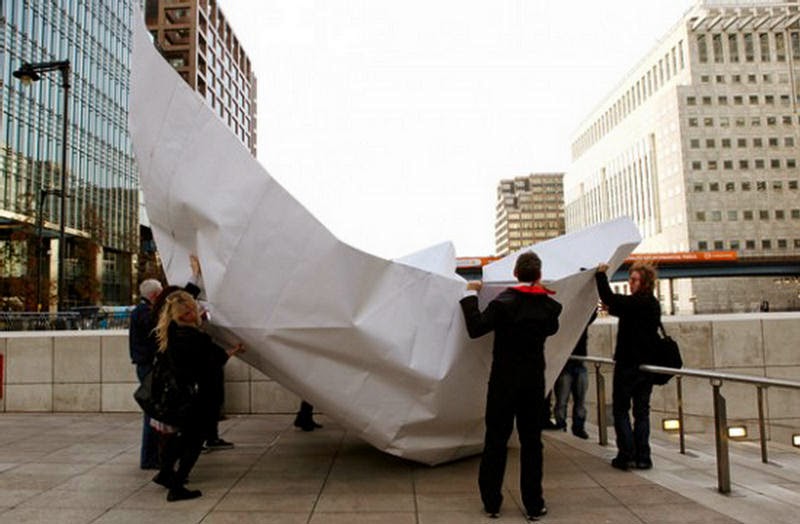 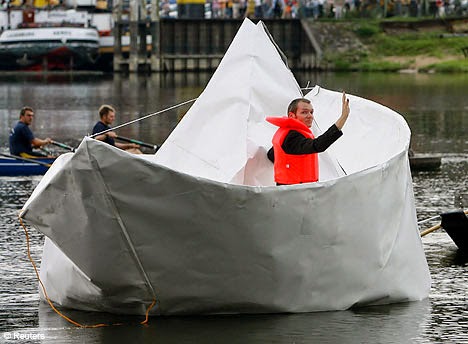 link to Paper Boat "To The Word's End" project video 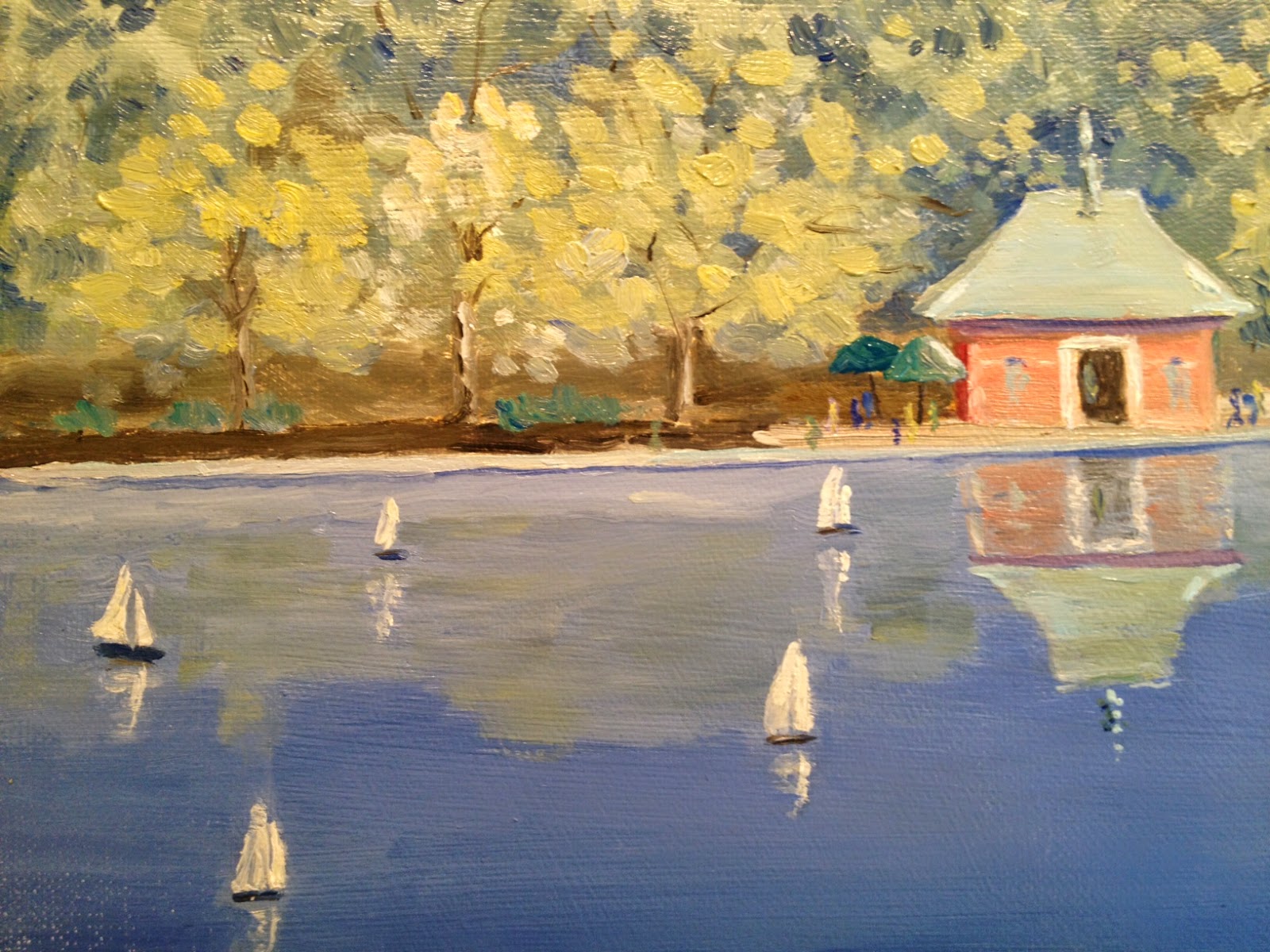 From small toy boats to full size white wave breaking racing sloops, boats take us no particular place except away. To waters of imagination, through rough seas and smooth calm doldrums, it is just pure ecstasy that really does matter. 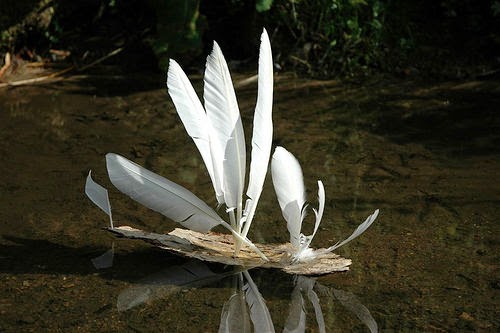