THE DIFFICULTY OF THE SIMPLE - The ceramic art of Ron Nagle 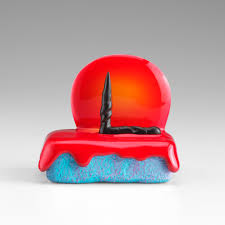 The Minuscule, a narrow gate," wrote Gaston Bachelard, "opens up an entire world."

Miniature works can often come from necessity. It’s well known that artists tend to scale their works to the size of their work space. Although its more out of necessity than personal preferences in some artist’s work and workplaces. A room can often define what comes out of the room.

Painters are sometimes limited in canvas size to how high their studio walls are. Ceramicists scale their works to what will fit into their kiln. Sculptors often think in terms of weight, like what might fall through their studio floor if they make it too heavy. These limitations are sometimes important perimeters that define the work, framing it within the realm where an artist feels comfortable but challenged at the same time to push scale to its fullest expression. Then there are artists who purposely work small.

Ron Nagle is a ceramic artist who makes small works. One could say he’s a potter but that would be a miniature description of what he really does. Originally he worked with the shape of a cup way back in the early 60’s but then started working in the ceramic studio of the grand man of ceramic sculpture, Peter Voulkos, who opened him up to the ‘ceramic revolution’ that unfolded during those years of his apprenticeship. Unlike Voulkos, he stuck with the scale of the cup… the intimately small condensed statement of form, color, simplicity along with an unnamable abstraction.  The small scale works of Kenneth Price also influenced his long developed vocabulary in the simple and pure forms that comes naturally through hand and clay. Ron takes it as his daily challenge to create stunningly beautiful works that connect directly to the intuitive instincts of making. He says “simple is hard”.

His works float somewhere between the melting clocks of a Salvador Dali-esque melting surrealistic landscape and an enchanted topiary garden of a mad hatter. They have a humor of a standup comedian with an invisible punch line but somehow connecting to a deep interior world. He lives there happily.

He is also an accomplished musician and song writer wandering between melancholic and the beat of a rock band with emotive rich color and dark undertones of humorous but pointed verse. Some know more of his music than his ceramic works yet both blend to make his world a sumptous soup of his own universe.

"A great song and a great piece of art would have in common the ability to evoke some form of emotion in the listener that they havent' quite gotten before. If you've already heard it or already experienced it what's the  point of looking at it or listening to it?"   Ron Nagle

So goes his ceramic works as well down that road of uncertainty and sung with such a grand voice of the hands. 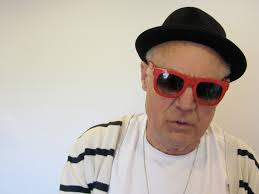 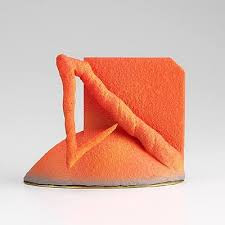 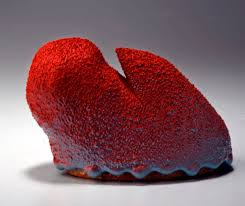 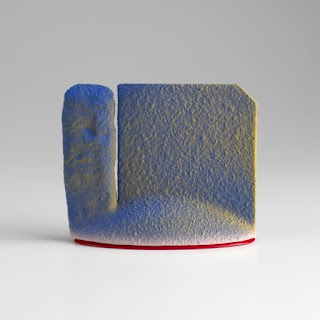 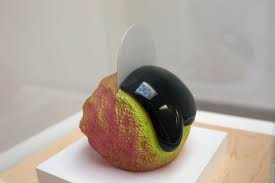 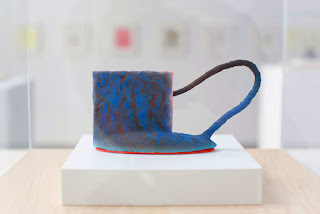 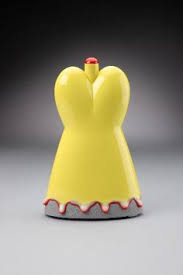 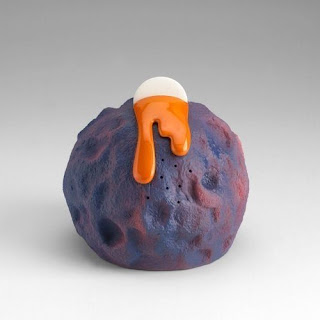 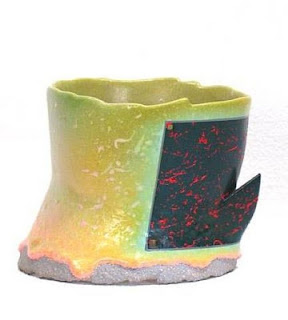 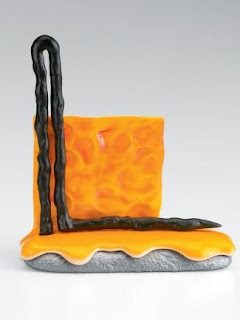 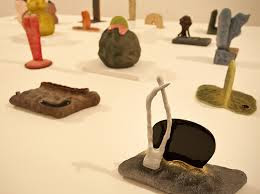 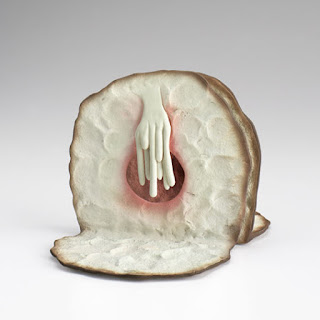 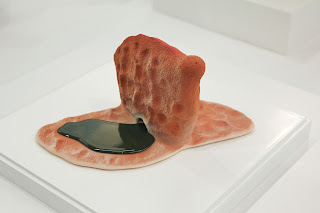 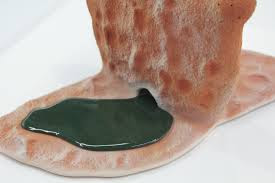 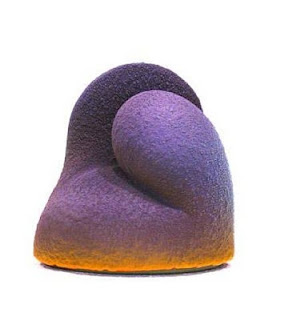 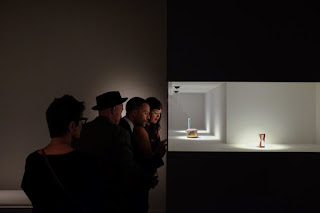 an exhibition of Ron Nagles works 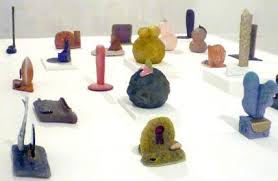 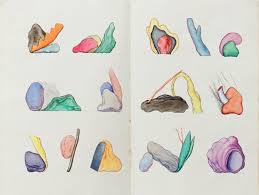 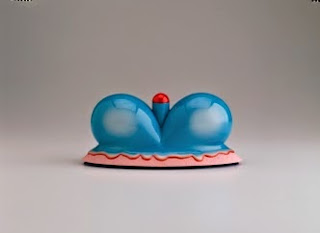 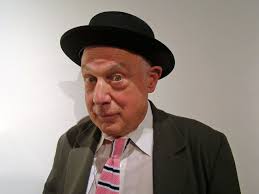 To see more of Ron Nagles works go to his website