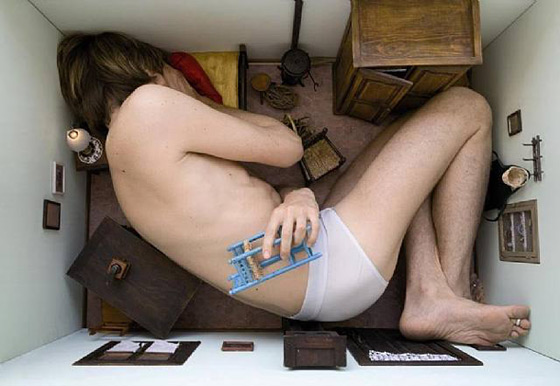 As we grow from child to grown up, our perceptions change. What seemed a giant’s world when we were small slowly turns into a place much smaller than we remembered when our senses were so well tuned to our immediate surroundings. The world has changed. We grow accustomed to the strange but familiar rooms of our minds.

Jean-Francois Fourtou takes the simple aspect of perceived scale a step further. He draws on his personal memories from childhood and sizes environments to disorient and put the viewer into an Alice in Wonderland room of changing proportions and flipped rooms. They are familiar places with a tuned sharpness of sensation. We remember the undersides of tables, the high jumps into oversized beds and playing in imagined and controlable miniature places. While the works to carry a common thread of connection to childhood metaphors, they set a stage for the memory of “once up a time” in a simple but effective shaking of our present perceptions of this ‘big’ world we inhabit. 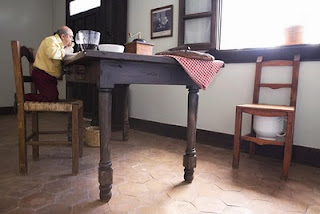 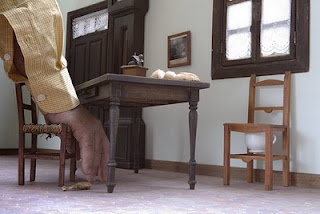 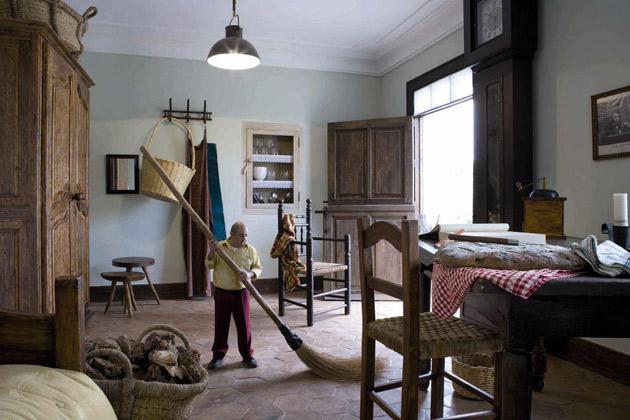 The rooms are scaled in identical sets from the very small to the giant. He creates them at his 25 acre estate in Marakesh called  Dar el Sadaka. The house and surrounding gardens are populated by large scale, lifelike animal sculptures of sheep, geese, dogs and giraffes and camels. There is a fallen house in a field as well as the giant and miniature scale room installations. His photography features these places changed by the inclusion of the oversized occupant or the miniature man/child.

The environments take on a dream-like quality, warping time and space into a place where the mind has nowhere to settle but floats in a suspended state of its own. In a field surrounded by olive trees a full scale house from the Charente region of France sets as if it has fallen from the sky. It is a duplicate of a house where he spent holidays as a child. The interior is accessed through a window by a ladder and reveals it’s upside down rooms within. 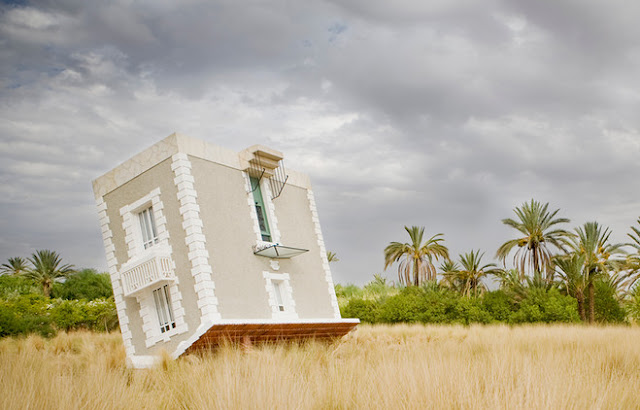 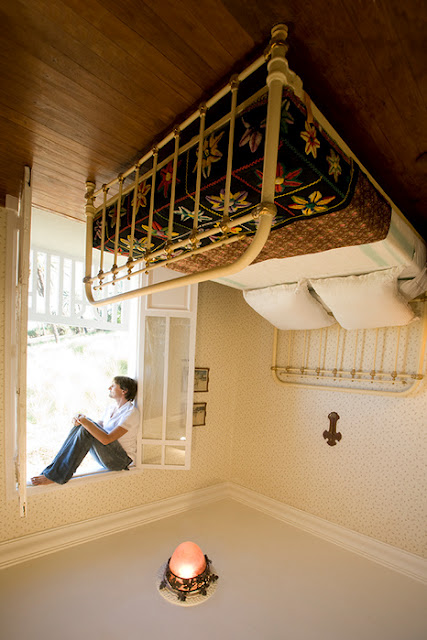 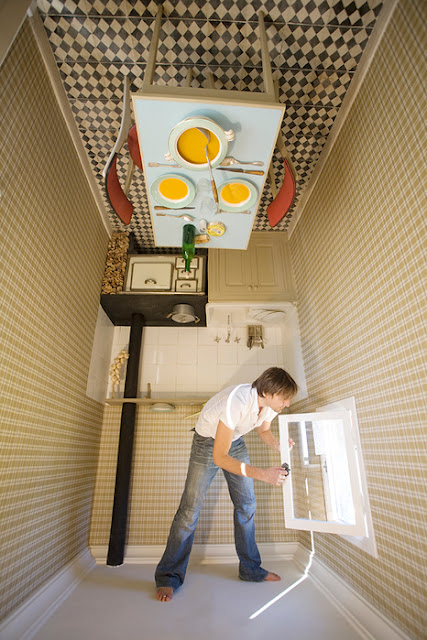 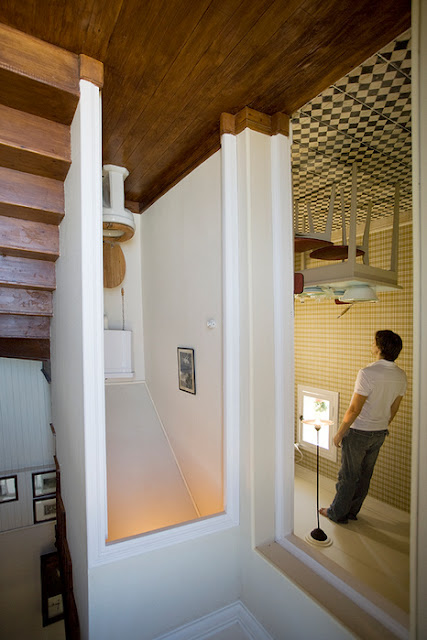 Like an all encompassing story book, the images take us along for the surprise bringing a menagerie of innocence along for the ride. 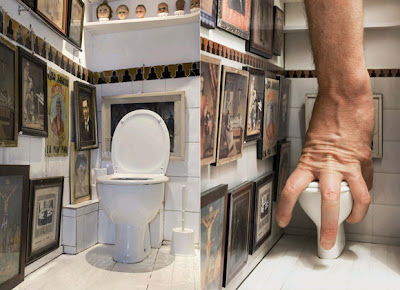 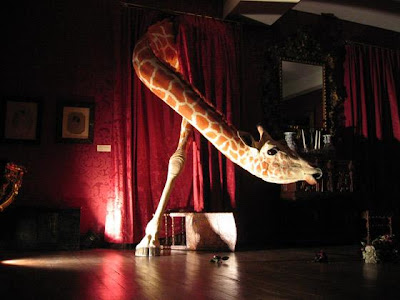 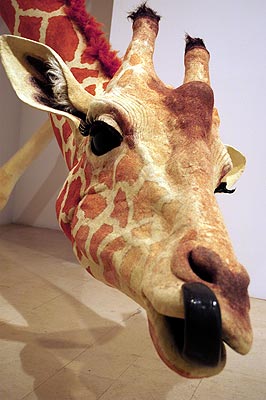 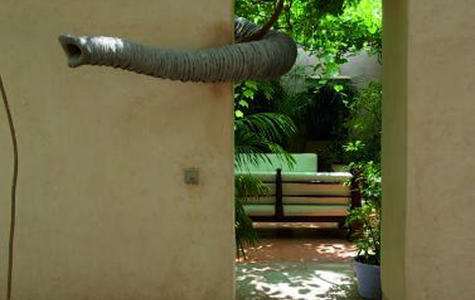 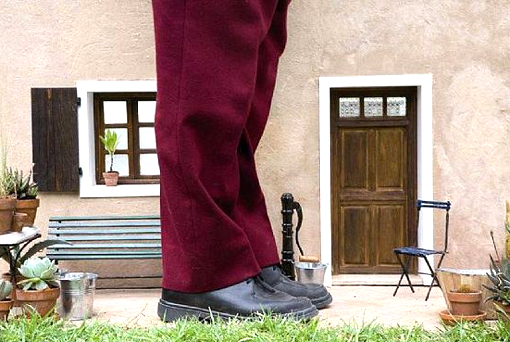 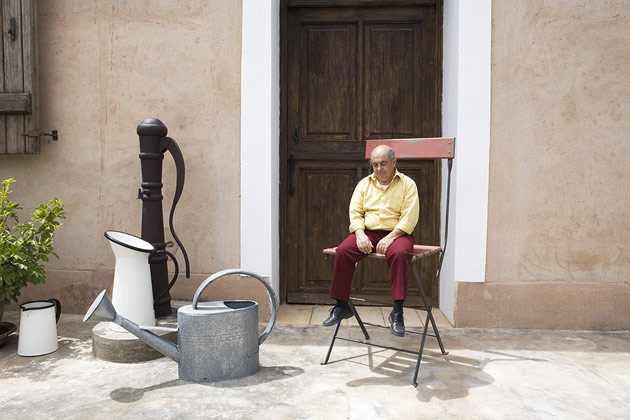 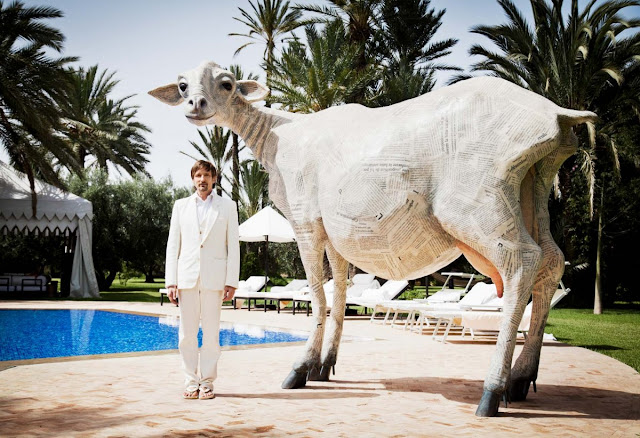 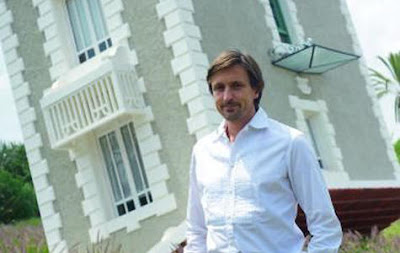 ....and a video tour of the Jean-Francois Fourtou  Dar el Sadaka studio in Marrakech, Morocco