THE CAROUSEL OF PETIT PIERRE 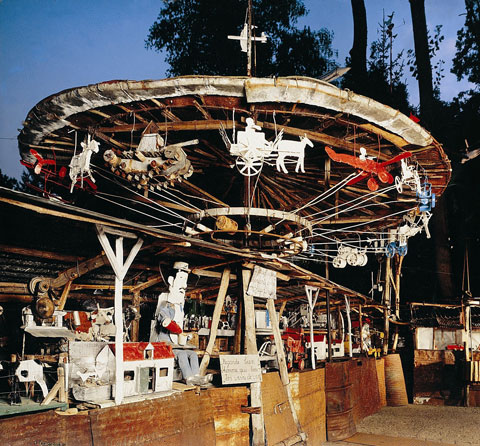 Untrained, making out of a passion for making, often divinely inspired or working within the limits of available

materials with the currency of time and patience.

The constructions begin at the scale of the toy. A miniature world then evolves into constructions within a house and then takes to the yard as well. A new world is created to dispel the loneliness and isolation of an artist that just does not fit into societal norms.

In the little village of Dicy, France, a cow herder named Pierre Avesard (1902-1992), less formally known as “Petit Pierre”, built an array of mechanical constructions, a mobile set of wood and metal figures built with canned cans and other waste materials. It has a replica of a 30 foot high Eiffel Tower, an atom of giant molecule, flowers and metal plants among other fantastic objects. 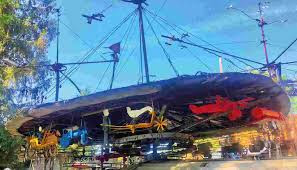 Petit Pierre liked to say he was born before he was planned. Without even the hole of the ear, therefore deaf and half blind, he was entrusted with the “trade of the innocent” … a pastor. The invasion of the machines in the life of man left hem perplexed as he spent his days analyzing the movement of the gadgets with which he was fond of. Lonely and fascinated by the speed to which the world changed, he began to build this carousel that still today continues to spin with deafening sounds of gears, pulleys, metal parts screeching and turning to animate his assemblage of kinetic toys. 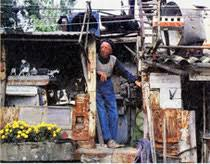 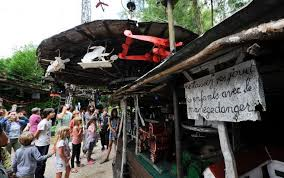 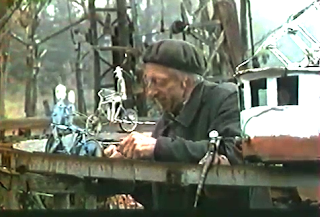 The focal point of his creations is a large merry-go-round in the middle of his house and yard of metal
madness. This carnival-esque attraction is fully functioning and carries little metal passengers in the forms of animals, people, buses, trains, and airplanes - all of which circle around wires and tracks at the turn of switch. This entire construct is automated and is controlled by signal boxes that Pierre had built himself.


What is most impressive is the dedication, as well as the lack of formal education that went into creating this project. Being a farmer for most of his life, Pierre spent little time in school and a lot of time working on his metal projects. He began working on this bizarre miniature wonderland in 1937 and did not finish until 1974.


In 1982 , the menagerie  was saved from destruction by Alain Bourbonnais, artist and collector, his wife and some others , who disassembled , moved and restored the structure in the garden of a place which a year after would become La Fabuloserie. The peculiar museum Bourbonnais opened to display his vast personal collection of Outsider Art is still open in the summer , offering to Petit Pierre’s ménagerie a second life. 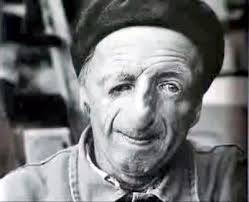