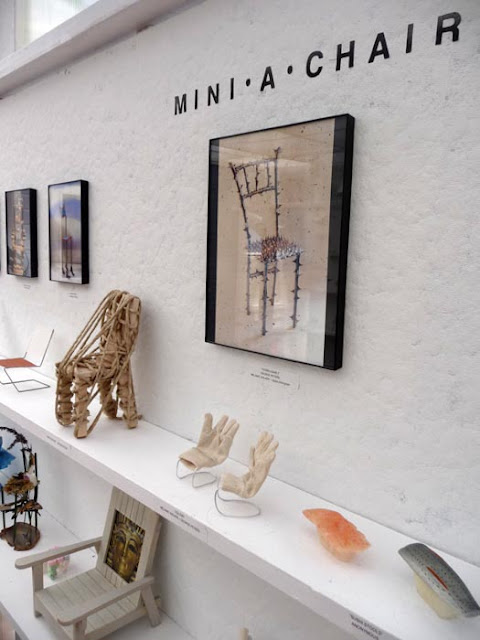 This little exhibition is dedicated to small chairs. These are the seats that inspire the active imagination to place the little person into them. As children our fantasies are placed on them like imaginary friends or dolls that need a place to sit. An empty chair often has an unknown or unseen occupant creating a story or holding a place in time.

The history of miniature chairs may have been originally as furniture in children’s play houses. As the craft developed they were used to be placed into portable display boxes as examples of a chair crafter’s wares and skills. A chair could then travel easily with the salesman. The model craft continues in the studios of designers with myriad examples of sleek and modern designs in miniature forms.


For this show, however, we’ve invited a group of friends and artists to create works on the subject of chairs and extend the function into the imaginary, the humorous and the profound realms of chairs. Many people responded from around our immediate neighborhood to remote parts of the country and the world. Our little gallery is now bursting with little chairs arranged on the display shelves and on the walls. The works are almost like aspects of personality, varied and exuberant, some funny with inspiration seemingly coming from a title and then spreading to the four legs, seat and back rest of the tiny chair. Others crafted simply from the closest thing to the hands of the maker… like the bowl of corn chips or the little piece of wire. It’s always amazing how sometimes the mind directs the hands and other moments when the hands take over the mind in a furious revolt of just making. Most creative endeavors are like an internal contest for dominance over who gets to have the most fun....mind or body. 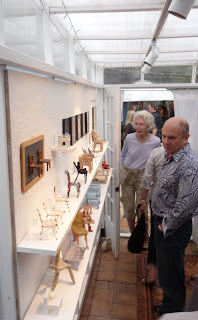 The opening for the show packed the gallery. There are 109 works in the show by twenty four artists. It’s actually pretty easy to fill the small space with small art and curious people. We have recently expanded the gallery into the greenhouse as well since the plants were moved to the better climate outside for the summer. Despite the late afternoon rain drizzling on the gallery roof and garden of umbrellas, the show drew an appreciative audience. 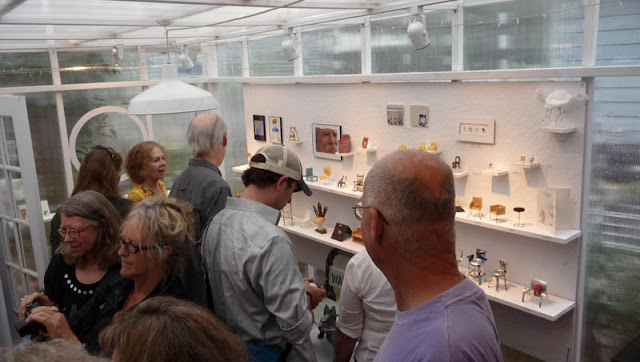 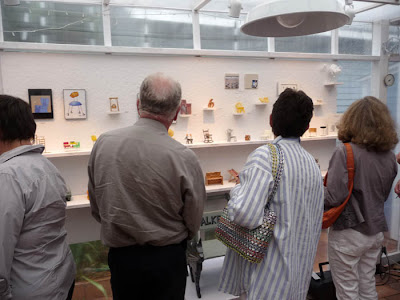 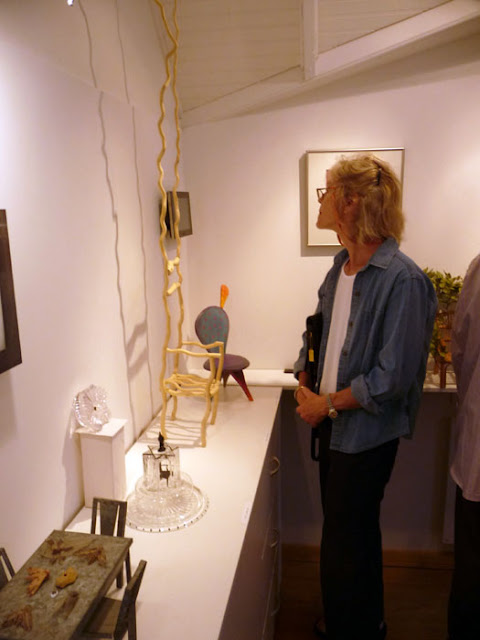 Here are a few images from the Mini-A-Chair show... 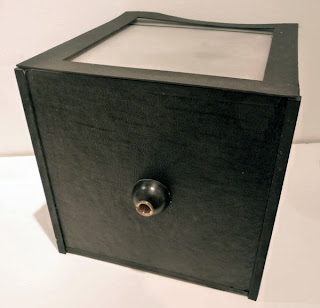 For more images from the exhibit go to the Gallery O Flikr slide show and even more pictures of miniature chair examples.